and Kate Taylor occurred a few days ago in my part of the world.  I wasn’t acquainted with Taylor’s work, but I knew and liked the others’ writing, and so made it a point to attend. Despite my son’s bathroom incident, I arrived before the event began (albeit after everyone else was seated).

It was a memorable evening, and not only account of the  unlimited FREE wine. First, I was the only person of color in the entire room. You’d think I’d be used to that by now. Second, I think I was the only person under  forty in the audience.  I hesitate to generalize, but: thirty-somethings, it’s  time to discover fiction that isn’t a  vampire/Vatican conspiracy.  And because I should stop talking about myself and start on the authors, I’ll come to the third notable feature later.

The most important thing you should know about Camilla Gibb is that she isn’t human. She has a ten-week old baby, and instead of looking like her body and soul were ripped apart by childbirth not long ago, appears to have recently exited a spa. When my son was ten weeks old, I was a whimpering blob leaking bodily fluids from orifices whose existence I hadn’t reckoned upon, and I’d forget  stuff like shutting refrigerator doors or buttoning up a shirt.  Gibb was articulate and collected, her left shoe matched her right, and even though she confessed to feeling tired all the time,  I didn’t really believe her. Anyway. Gibb read the opening chapter of her new novel  The Beauty of Humanity Movement, set in Vietnam. The reading style was quiet, for Gibb didn’t really work the text, relying on the prose instead to supply dramatic effect. The overall impression was one of restraint and intelligence. 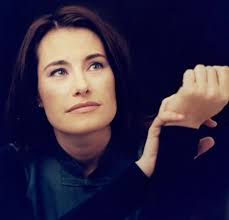 In comparison, Alissa York’s reading from her new novel Fauna was filled with drama. York read a section packed with  dialogue, and she carried it off effortlessly; even though the characters spoke in short, non-specific sentence, I never had trouble following the conversation (it helped that I had read the book). Her performance was full of passion and flair, and  I wondered at one point if she had a background in theatre–she was that good.  The crowd, well-lubricated by wine and by Gibb’s earlier effort,  loved it.

Next came Taylor ( I’m not talking about her as I still haven’t read her work), and then came  question time, where my impressions of the two authors crystallized further. York’s vivid charm showed to full advantage when talking to the crowd; Gibb was a bit more intimidating (I doubt anyone would ask her to read their unpublished work-of-genius). Then we all got up to circulate and chat with the writers, and it was at that time that I discovered the Third Thing: I was, possibly, the shortest person in the room. Dear blog readers, I am a hair under  5′ 4″, but I have never felt so hobbit-like. When I went to talk to York, she had to hunch over as though rolling up a stocking to get to my eye-level. And Gibb’s at least six feet, so I’m not going there. Add to their height their savoir-faire and their talent, and Gibb and York literally seemed like Big People to my short, insignificant, second-breakfast eating self.   Or perhaps I am normal, and the two have merely been at the Ent water. But I think not.

And as for the books themselves, I’m reviewing both for other publications  and will post those pieces in due course. But here are the publisher blurbs FYI.

FAUNA: In her highly anticipated new novel, Scotiabank Giller Prize-nominated author Alissa York creates a contemporary human fable that taps into the great tenderness and drama at the heart of the animal world.
The wide ravine that bisects the city is home to countless species of urban wildlife, including human waifs and strays. When Edal Jones can’t cope with the casual cruelty she encounters in her job as a federal wildlife officer, she finds herself drawn to a beacon of solace nestled in the valley under the unlikely banner of an auto-wrecker’s yard. Guy Howell, the handsome proprietor, offers sanctuary to animals and people alike: a half-starved hawk and a brood of orphaned raccoon kits, a young soldier whose spirit failed him during his first tour of duty, a teenage runaway and her massive black dog. Guy is well versed in the delicate workings of damaged beings, and he might just stand a chance at mending Edal’s heart.
But before love can bloom, the little community must come to terms with a different breed of lost soul — a young man whose brutal backwoods childhood is catching up with him, causing him to persecute the creatures that call the valley home.

BEAUTY…:Maggie, an art curator who is Vietnamese by birth but who has lived most of her life in the United States, has returned to her country of origin in search of clues to her dissident father’s disappearance. She remembers him only in fragments, as an injured artist from whom she and her mother were separated during the war. In her journey, Maggie finds herself at a makeshift pho stall, where the rich aroma of beef noodle soup lures people off Hanoi’s busy streets and into a quiet morning ritual.
Old Man Hung, the enlightened proprietor of the beloved pho stall, has survived decades of poverty and political upheaval. Hung once had a shop that served as a meeting place for dissident artists. As Maggie discovers, this old man may hold the key to both her past and her future.
Among Hung’s most faithful customers is Tu’, a dynamic young tour guide who works for a company called New Dawn. Tu’ leads tourists through the city, including American vets on war tours, but he has begun to wonder what it is they are seeing of Vietnam-and what they miss entirely. In Maggie, he finds a young Americanized woman in search of something quite different, leading him beyond his realm of expertise. In sensual, interwoven narratives, Maggie, Hung, and Tu’ come together in a highly charged season that will mark all of them forever.
The Beauty of Humanity Movement is a skillfully wrought novel about the reverberation of conflict through generations, the enduring legacy of art, and the redemption and renewal of love. The story of these characters is tinged with longing for worlds and loved ones lost but also filled with the hope that faith can heal the pain of their shared country’s turbulent past. This is the distinct and complex story of contemporary Vietnam, a country undergoing momentous change, and a story of how family is defined-not always by bloodlines, but by heart.

6 thoughts on “A reading by Alissa York, Camilla Gibb”